Manchester City have been linked to the signing for highly rated Lazio Midfielder SergejMlilinkovic-Savic according to reports from Italy. The Serbian international gained much interest across Europe last season with his impressive performances for Italian side Lazio. 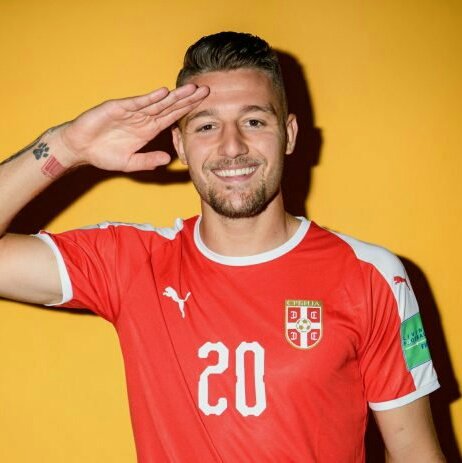 He was reportedly a target for several top European sides in the summer before opting to remain at the Italian capital for another season. The 24-year-old has not been able to recapture his form this season scoring a partly five goals when compared to the 14 goals scored last campaign.

Despite this Manchester City have emerged as a destination for the player as the Blues look to replace Brazilian midfielder Fernandinho. Fernandinho has been a faithful servant for Pep Guardiola’s side but turns 34 this year and the club are looking at signing a younger player for the role.

Given that Guardiola demands specific attributes from his defensive midfielders Milinkovic-Savic fits the bill as he is an imposing midfielder with excellent ball playing skills. At 6ft3 he would provide good height to a Man City squad devoid of tall midfielders and would be a beast in the middle of the park.

Milinkovic Savic already has an interest in the club as he revealed in a recent interview that he considers himself as a modern Yaya Toure. Toure played for City for seven seasons and was one of the most dominant midfielders in his time at the Premier League club.

According to Italian tabloid, II Messaggero Lazio values the Serbian international at around £86million. However, it is highly unlikely that City would pay such a high fee for the player as he is no longer in demand a fee of around £65 million looks more realistic.

Manchester City have come  a long way since signing Robinho in the first of the major transfers for their Arab owners and the Etihad is an attractive destination for top players.