Ex-Real Madrid and AC Milan attacker Robinho will become a wanted man by Interpol if he leaves his native Brazil after he was convicted of rape. It was revealed that the Brazilian international will immediately be on Interpol list for arrest if he leaves his home country Brazil. Italian authorities don’t mind him serving his nine-year rape sentence in Brazil. 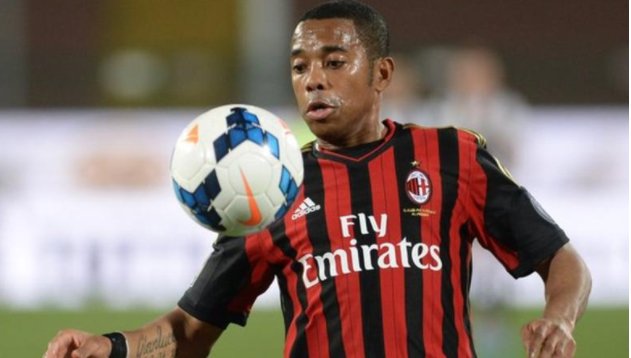 Robinho found himself on the wrong side of the law after he was found guilty of gang rape alongside his friend Ricardo Falco. The incident involved a then-23-year-old lady at a nightclub in the city of Milan in Italy in 2013. Brazilian star Robinho had just signed for Italian Serie A team AC Milan when the rape incident happened.

An extradition treaty is non-existent between Brazil and Italy. To this effect, Robinho can’t be extradited to Italy to complete his prison sentence.

Robinho is under the watchful eyes of Interpol so that the Brazilian footballer would be extradited to Italy immediately he leaves Brazil for any of the 195 countries with an extradition treaty.

In a chat with Globoesporte, a local media outlet in Brazil, Stefano Opilio expressed hope of seeing Robinho face his prison sentence. Opilio is a senior staff at the Italian Ministry of Justice. He’s the director general of international relations and judicial cooperation.

Italian authorities are keen for the arrest of Robinho by their Brazilian counterparts so that the ex-Manchester City, Santos and Istanbul Basaksehir forward will serve his prison sentence in a jail in Brazil since there’s no extradition treaty between the two countries as pointed out earlier.

Robinho came through the Santos academy in Brazil before playing for the club’s first team. He made his Santos debut as a teenager. Robinho was likened to world football icon Pele when he made his breakthrough at Santos.