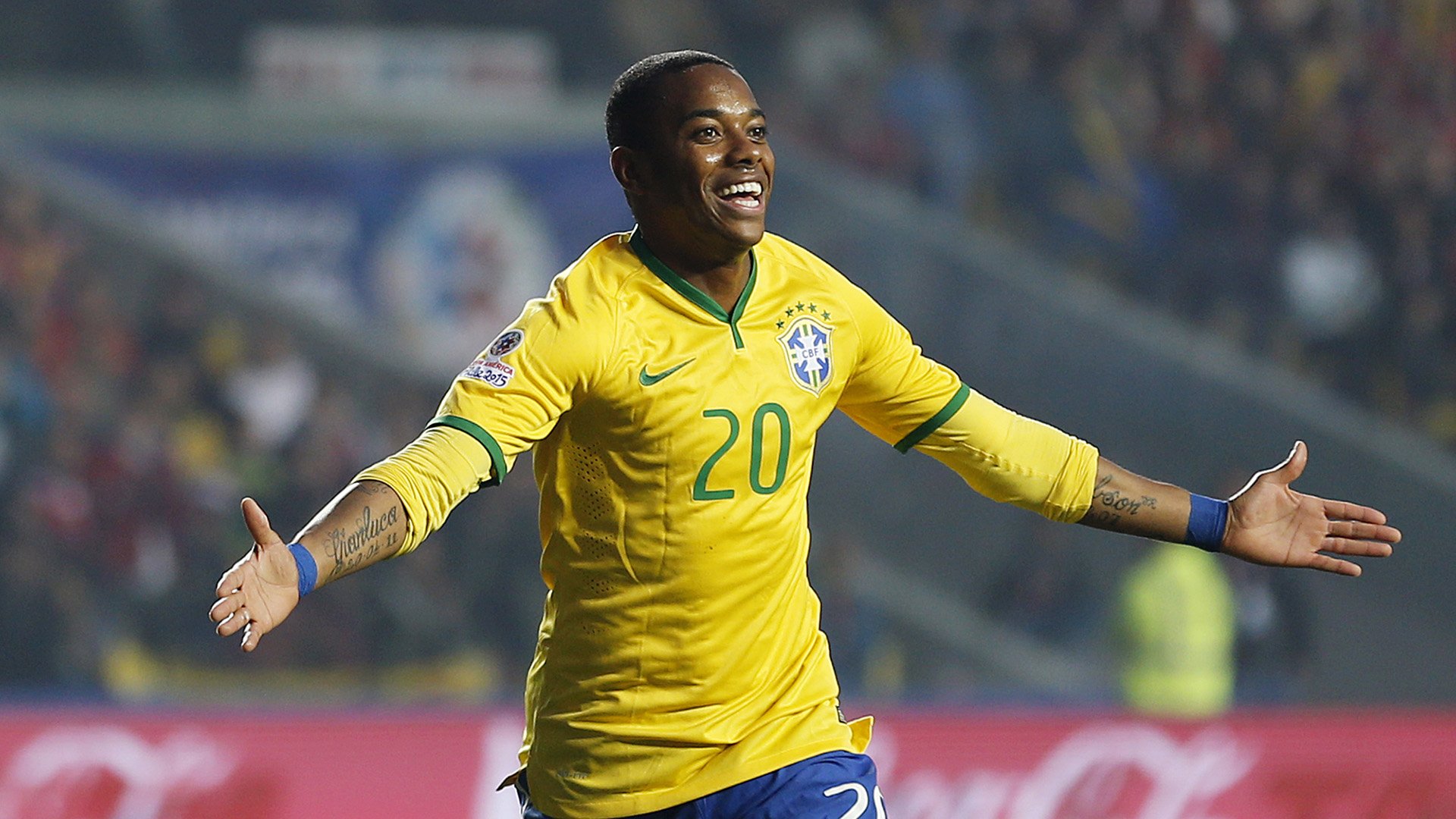 Robinho was in the youth teams at Santos for six years before he made his debut for Santos in 2002. In his first season in the Santos first team, Robinho led the club to a first league title since the aformentioned Pele retired. He scored one goal in 24 games as Santos won the league title. Robinho and Santos would go on to reach the Copa Libertadores final in 2003 before they were beaten by Boca Juniors of Argentina. Robinho won another league title with Santos in 2004. He was signed by Real Madrid in 2005 for around €24m and handed the number jersey 10 vacated by Luis Figo afterwards. Robinho returned for his second spell at Santos on loan from Premier League team Manchester City at the start of 2010. He was able to rekindle his dwindling form at the club at that time. Robinho returned for a third Santos spell on loan from AC Milan in the summer of 2014. He had signed for the Rossoneri from Manchester City. Robinho signed a short-term contract with Santos late last year for his fourth spell but he didn’t play before his contract was rescinded after the public outcry for his involvement ib a rape case.