Brazilian player Robinho featured in the Spanish La Liga in the colours of one team. Robinho played for Real Madrid for a period of three years between 2005 and 2008. The attacker was signed by Real Madrid in the summer of 2005 after they agreed to pay €24m to cover 60% of his buyout clause at Brazilian top flight giants Santos. 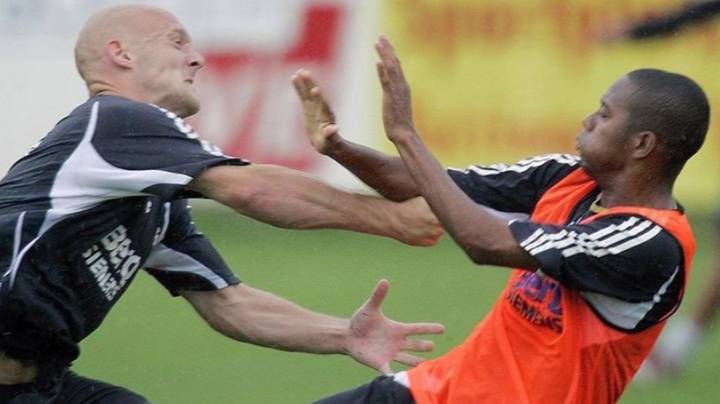 In his first season as a Real Madrid player, Robinho returned an impressive 14 goals in 37 appearances in all competitions. For his second season, he started with appearances off the bench as manager Fabio Capello failed to include him in his starting XI (without any form of injury) despite winning the best player award at the end of the first El Clasico of the season against Barcelona. He broke into the Real Madrid XI after the winter time. Robinho played his part in the La Liga title triumph enjoyed in his second season under the guidance of Fabio Capello. Italian manager Capello was dismissed by Real Madrid in the summer of 2006 despite winning the league.

Real Madrid were able to win La Liga title number 30 in his second season and it was a third league title for Robinho having won two Championships during his time with Santos in Brazil.

Robinho was injured for a large part of his third and final season as a Real Madrid but he still managed an impressive return of 11 goals and eight assists as his team retained the La Liga title under new manager Bernd Schuster. Schuster was the replacement for Capello.